With three of the little darlings, at any time in the year, I’m never far away from a birthday. We did fairly well in spreading them out. I say that like we actually planned when they would be born, if I had, I wouldn’t have had a summer term born boy, or one so close to Christmas, but that’s another post! Anyway, they all come around too quickly each year and birthday parties cost a small fortune these days. I’ve done the hall hire with entertainer and thirty 4-5 year olds (he earned his money for that one, believe me!!), we’ve taken groups of friends to the cinema, TGI Fridays, Pizza Express & Frankie & Bennie’s and we’ve chosen soft-play venues that offer ‘party packages’. All very good but we are still talking £10-15/ head for each of those options so that’s £30-45 just for my three without any guests and not including essentials like birthday cake and party bags!

With Lou’s 8th birthday coming up, we’ve decided on a party at home. She’s invited 12 friends (the limit I set!), we are going to watch a film, do some craft (which will double up as their party bag) and eat pizza, not necessarily in that order! Here are some other ideas for birthday parties/ essentials:

This can be a really expensive part of the day. I’ve failed miserably at making my own so really wouldn’t recommend that when there are so many fab ready-made cakes at the supermarkets these days!

Even if you want something more personal, you can buy ready iced, plain cakes and decorate them yourself. Go to Amazon and look at cake-toppers, where you can get them personalized and just stick them onto your cake. Hobby-craft also do a great collection of cake decorating bits and pieces to make your cake unique and fit in with a theme.

With a birthday in October, Lou wanted a Halloween party one year. Could I find a Halloween themed cake? No! So I bought a plain, iced cake, some liquorish, black icing and some jelly sweets and came up with this:

She was thrilled and I was quite please with myself! Win, win!! 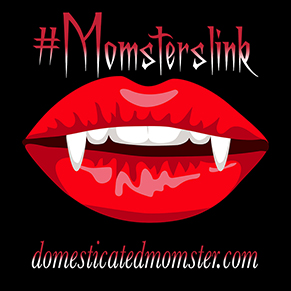