When I was growing up, Easter would include a few efforts at making crispy chocolate nest cakes, decorating a blown egg at Sunday school and your weight in chocolate eggs given by various family and friends over the weekend, none of which you could tuck into until Easter Sunday. Now however, it seems that the Easter Bunny has taken his place next to Santa and the Tooth Fairy, (thank you very much the United States of America) and Easter has been officially rebranded a marketing dream! Everywhere you look there are egg-trees and bunny-bunting, official Easter egg hunts and trails, every baby woodland creature sculpted in chocolate and even hot cross buns have had a chocolate makeover! Easter Sunday morning is now akin to Christmas morning in our house, due to the anticipation of the annual Easter egg hunt that takes place each year, set out the night before by yours truly and needing my supervision, guidance and sneaky magic-bunny-ness during the hunt. I really didn’t think this through! 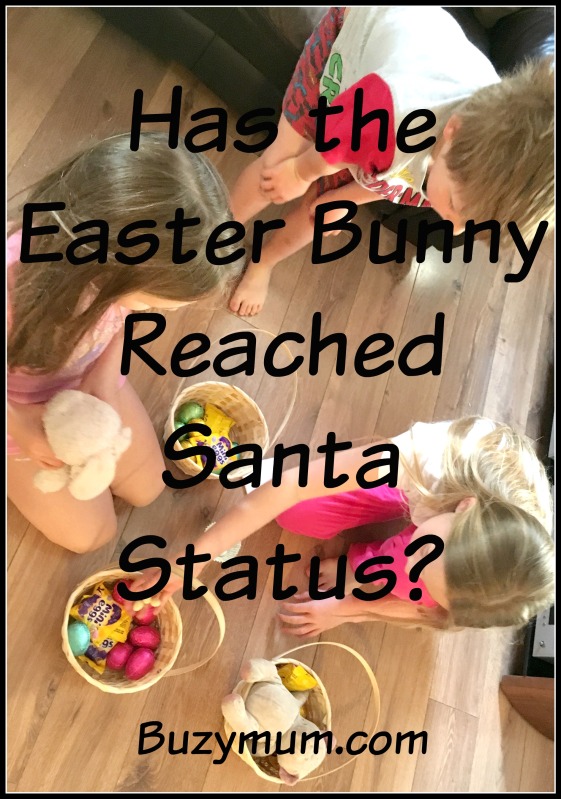 It started a few years ago, inspired by a simple egg hunt kit I bought and added to, where the children had to find clues dotted around the house and garden. This is the original hunt I designed. As they have gotten older, I’ve made the clues a bit more tricky and the hunt longer but there is always a risk of them stumbling across the wrong clue accidentally or finding their main egg/ gift prematurely, hence the need for my presence during the hunt! I also often hide clues sneakily, once the hunt has started for extra confusion and this year, I took their bedtime toys and sat them on garden chairs with a few eggs and the next clue, while they were searching upstairs!

Somewhere outside are your naughty bunny and bears,

I know it might sound as though I’m having a whinge (maybe a little bit!) but actually, I love it, it’s fantastic to see their excited faces and watch them work as a team to find the clues! Here are some of the highlights of this year’s hunt:

With more clues to find, I had to spread the eggs a bit more than before so the first clue was to find their Easter baskets (in previous years, these were given with the first clue).

The Easter bunny has been around,

There are 16 clues to find & lots of treats to be found.

You’ll need something to carry your treasure,

Then they were off! They took turns reading the clues and guessing the answers before racing off to search for the next.

This was one of my favourites:

Go and give this egg to your Mummy,

She has the next clue from the Easter Bunny! 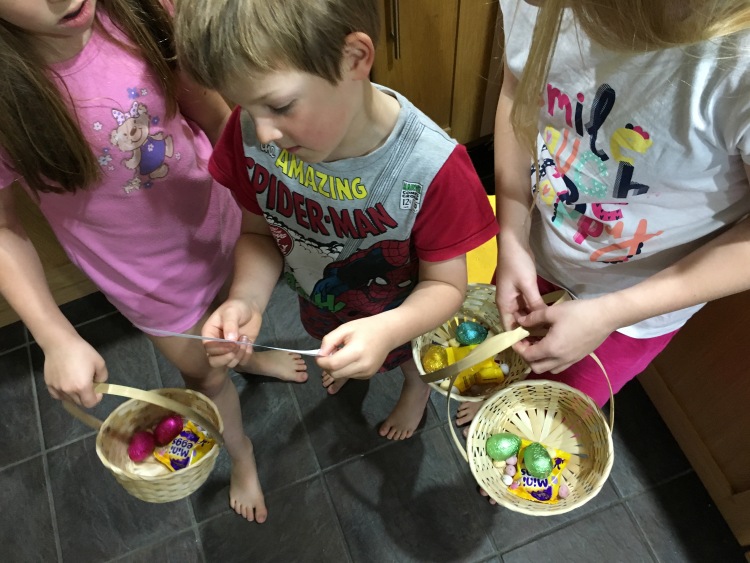 Luckily, it was a beautiful weekend so we could make full use of the garden and their garden cubby-house! We bought them an outdoor beanbag each to furnish their little outdoor room as a surprise at the end of the hunt.

This is the final clue,

To find an egg and a present for each of you.

If you play in the garden, you’ll get all grubby,

It’s just getting to the stage that, setting it up the night before after a few glasses of wine so that it’s ready to go when they wake, is just getting a bit much! Not only is there the risk of total confusion due to drunk clue hiding, but also the excitement created by the anticipation of the hunt means that no one gets a lie-in on Easter Sunday and chocolate is being consumed before 7am (my children should do as I say, not as I do!!)!

Conclusion. Next year, the Easter Bunny will be scheduled to organise the hunt mid-morning while J takes the kids out for a bike ride or something, weather depending. Traditions can be adjusted and as long as the Easter Bunny keeps the children informed of his intensions, I’m sure there won’t be a problem with a little change! After all, he does have a lot of children to visit and a lot of eggs to hide in one night!

Have you started any Easter traditions with your children or continued some from your childhood?